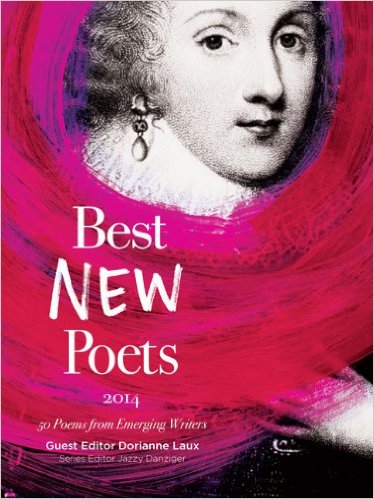 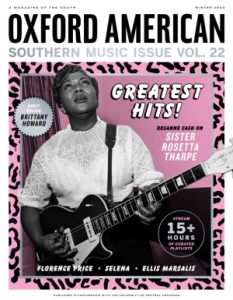 The Many Deaths of Inocencio Rodriguez, winner of the 2019 Berkshire Prize for a First or Second Book of Poetry, chosen by Oliver de la Paz, forthcoming from Tupelo Press

“Elegy Falling Forward and Down,” “Ours,” “You Who Are Getting Obliterated in the Dancing Swarm of Fireflies,” and “Domestic Violence” in Poetry

“Distancing” in Digging Through The Fat

“Another Selena Poem” in Oxford American

“Hero’s Journey” and “I Steal from Everyone” in Quarterly West

“Mexican American Sonnet” in Poem-a-Day on September 19, 2019, by the Academy of American Poets

“Tabloid for Inocencio Rodriguez” and “Savanna’s Act” in petrichor

“Take Me Out” in Bodies Built for Game, edited by Natalie Diaz and Hannah Ensor

“Doble-Elegy” and “Antisonnet for Alfonsina Storni” in Review: Literature and Arts of the Americas

“Ode” in Vinegar and Char: Southern Food in Verse, edited by Sandra Beasley

“Collective Memory,” featured in Frontier Poetry “Exceptional Poetry From Around the Web: March 2018”

“The System Only Dreams in Total Darkness,” “Bettie Page Finds Jesus,” “Michael Vick is  Still Apologizing Somewhere for Abusing Dogs,” “The Girls Gone Up in Smoke,” and “Love Letter to Scott Peterson” in Waxwing

“Elegy to the 1950s Waist” in Nightjar Review

“Looking at Women,” featured on the Best American Poetry blog

“I Leave,” featured in The Literary Review

“Elegy for a Quinceañera Dress” in Apogee

“Marfa Lights” and “Houston” in The Boiler

“Tabloid for Judy Garland,” finalist in the 2016 Grist ProForma Contest

“The Many Deaths of Inocencio Rodriguez” in Miracle Monocle

“Dolled Up,” “‘November Rain’ Triptych,” and “Obituaries” in The Broken Plate

“The Many Deaths of Inocencio Rodriguez” in New Plains Review

“Landscape with Graceland Crumbling in My Hands,” “A Transitional Time for Planets,” and “Ken Caminiti Dies in a Houston Hotel” in Pittsburgh Poetry Review

“‘Just Like Heaven,’ The Cure” in Coldfront Magazine‘s Poets off Poetry: Song of the Week Series

“Miscarriage” and “Watching The Last Days of Left Eye” in Up the Staircase Quarterly: ’90s-Themed Issue

“One-Night Stand with The Birds in the Background” and “Tequila, Cinnamon, Orange”  in Banango Street

“Self-Portrait with Headphones On” in Third Coast

“A ‘Wish for Someplace Else’: Latinx Poetry as Community” in Read Diverse Books

“’The Four Corners, the Edges, and Various Colors’: An Interview with Ángel García,” in Waxwing

“Everything that Ever Happens in a Place Has an Edge”: Lucia LoTempio’s Hot with the Bad Things, forthcoming in Third Coast